In the second half of the nineties, my musical career took a new turn.

The phenomena of primordial music and its pure force appeared and grew to be more and more present in my compositions.

As a result, new possibilities appeared and I no longer presented my music in concerts only, but also in galleries, museums, fairs, films, theatres and more. I also got to know the living history societies who reenact the viking and early middle ages - and I fit right in. From that point onwards I worked more specifically with the viking age and the surrounding epochs as a main focus.

Since then I have performed at numerous events, festivals, viking markets and museums all over Scandinavia and beyond. Since the year 2000 I have also been holding lectures on the theme at markets, schools, kindergartens, museums and more.

I have travelled repeatedly to North Africa to study local musical traditions and their connections to ancient Northern European music. Iceland, where traditions have been preserved to a much greater degree than at home in Norway, has also been a goal for many of my travels and a great source of inspiration.

As of today I travel around holding courses, lectures and children's performances about the ancient intentional sounds and music of Scandinavia. 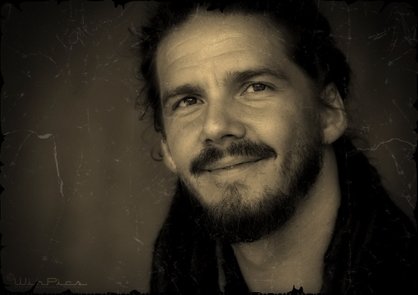